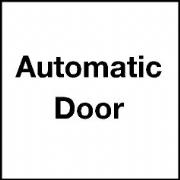 Automatic doors are powered open and closed either by electricity, spring, or both. There are several methods by which an automatic door is activated:

In addition to activation sensors automatic doors are generally fitted with safety sensors. These are usually an infrared curtain or beam, but can be a pressure mat fitted on the swing side of the door. The purpose of the safety sensor is to prevent the door from colliding with an object in its path by stopping or slowing its motion.

tend to sag over time with heavy use. Instead, an inexpensive device fitting over hinges is available on the market and should be used to ensure safety...

Door safety relates to prevention of door-related accidents. Such accidents take place in various forms, and in a number of locations; ranging from car doors to garage doors.

Severity and Frequency of Accidents

Accidents vary in severity and frequency. According to the National Safety Council in the US, 300,000 injuries are caused by doors every year.

The types of accidents vary from relatively minor cases where doors cause damage to other objects, such as walls, to serious cases resulting in human injury, particularly to fingers. A closing door can exert up to 40 tons per square inch of pressure between the hinges. Because of the number of accidents taking place, there has been a surge in the number of law suits. Thus organisations may be at risk when car doors or doors within buildings are unprotected.

Whenever a door is opened outwards there is a risk that it could strike another person. In many cases this can be avoided by architectural design which favors doors which open inwards into rooms (from the perspective of a common area such as a corridor, the door opens outwards). In cases where this is infeasible it may be possible to avoid an accident by placing windows in the door.

Doorstops are simple devices used to prevent a door from coming into contact with another object (typically a wall). Without the door stop damage might be done to the wall. They may either absorb the force of a moving door, or hold the door in place to prevent unintended motion.

The purpose of door guards (also known as hinge guards, anti-finger trapping devices and / or finger guards) is to reduce the number of finger trapping accidents in doors, as doors pose a risk to children especially when closing.

Door guards protect fingers in door hinges by covering the gap that is created by opening doors by covering the hinges of doors with a piece of rubber or plastic that wraps from the door frame to the door. There are also door safety products which eject the fingers from the push side of the door as it is being closed.

There is also handle-side door protection, which prevents the door from slamming shut on the frame, which can cause injury to fingers/hands.

Glass doors pose the risk of unintentional collision if a person believes the door to be open when it is closed, or is unaware there is a door there at all. This risk may be particularly pronounced with sliding glass doors because they often have large single panes which are hard to see. To prevent injury from glass doors, stickers or other types of warnings are sometimes placed on the glass surface to make it more visible. For instance, in the UK, Regulation 14 of the Workplace (Health and Safety Regulations) 1992 requires the marking of windows and glass doors to make them conspicuous.

Special purpose fire doors are often employed in buildings to reduce the overall risk of fire, particularly by preventing the spread of fire and smoke. In cases where they are improperly installed, employed, or tampered with, the risk of fire can be increased. Door closers are sometimes used to ensure fire doors remain closed.

An additional risk in a fire is that doors may prevent access to emergency services personnel in order to fight the fire, rescue occupants, etc. Door breaching techniques may be required in these situations to gain access.

Panic bars are often used in buildings so that a door locked from the exterior can quickly and easily be opened from the inside in the event of a fire or other emergency. 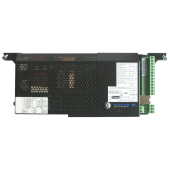 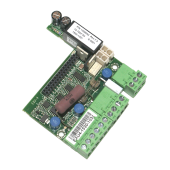 Besam Floor Guide Block and Base 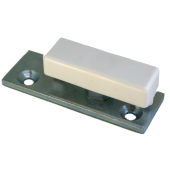 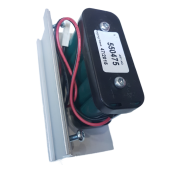